The Idea For BAISCA…started more than 30 years ago… 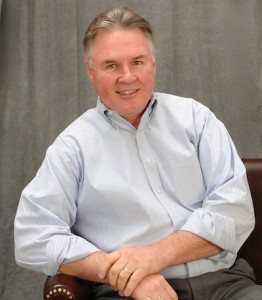 As founder and President of BAISCA, Andrew LaRowe has been working on this idea for quite awhile.  His first encounter with facilities assessments happened in 1987 as a result of the recently passed, Asbestos Hazard Emergency Response Act (AHERA).  This law required every building material in every room of every public school across the entire nation to be inspected for the presence of asbestos. In his role as Coordinator of Environmental Programs with the Winston Salem/Forsyth County school district in North Carolina, Andrew quickly adopted the use of emerging technology to organize the massive amount of data to be collected and reports to be developed.

Andrew remained with the Winston Salem school system for several years as their Director of Maintenance.  He continued to experience the need for Building Asset Inventories and Single Component Assessments as issues similar to AHERA were constantly cropping up.  New requirements for accessibility, underground storage tanks, playground equipment, HVAC control systems all required significant data collection and reporting efforts. Nearly a decade after AHERA, Andrew was invited to join Applied Computer Technologies (ACT), which dominated the “Computerized Maintenance Management System education market from the mid-1980’s until 1997.  After ACT was acquired by Carolina Power and Light (CP&L), he helped start a subsidiary, Strategic Resource Solutions, which specialized in energy conservation and facility management.

Ultimately, Andrew was offered a position as Director of Facilities at CP&L and was once again confronted with the need for fast turn-around Building Asset Inventories.  Immediately following 9/11 the CEO of what by then had become Progress Energy requested a report on which of their 250 sites spread across three states had a flagpole and whether or not it could be lit up at night.  Andrew enlisted the help of StudioJAED out of Wilmington, Delaware to collect the information and provide necessary reports so that Progress Energy could quickly make plans to have American flags properly displayed at every one of their sites.

StudioJAED was in the business of conducting large-scale facility condition assessments and their President inquired with Andrew if he would be interested in heading up several major assessment projects including all state owned buildings in Illinois, all schools in Arkansas, and all city owned buildings in Philadelphia.  Andrew assisted in the development of their CT2000 data collection tool and other technology based solutions.

Most recently, Andrew served as Chief Operations Officer for Guilford County Schools in Greensboro, North Carolina.  In this role, as he experienced many years before in Winston Salem, there is an on-going need for school administrators to obtain accurate information about specific issues in their school facilities in order to make important decisions.

Andrew LaRowe decided in 2012 to form BAISCA in order to fill a void that exists for public school administrators.  BAISCA will make use of Andrew’s many years of experience in utilizing technology in the management of educational facilities. 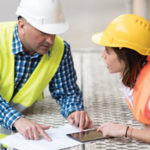 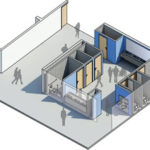